“If you can’t explain it to a six year old, you don’t understand it yourself” is one of many questionable quotes attributed to Albert Einstein, and whether or not the words ever actually came out of the legendary physicist’s mouth, you have to agree with the sentiment. On Friday evening, Front Square became a platform for just this sort of exercise in science outreach in the  PROBE festival hosted by Trinity in conjunction with European Researchers’ Night. PROBE is a free pop-up event run by Trinity and the Science Gallery, alongside the British Council, which aims to educate the public on research being carried out within Trinity. It provides an interactive space for people of all ages to talk to experts about their field of research in an informal, entertaining way. Topics covered included astrophysics, social science, molecular modelling, and the humble potato battery. 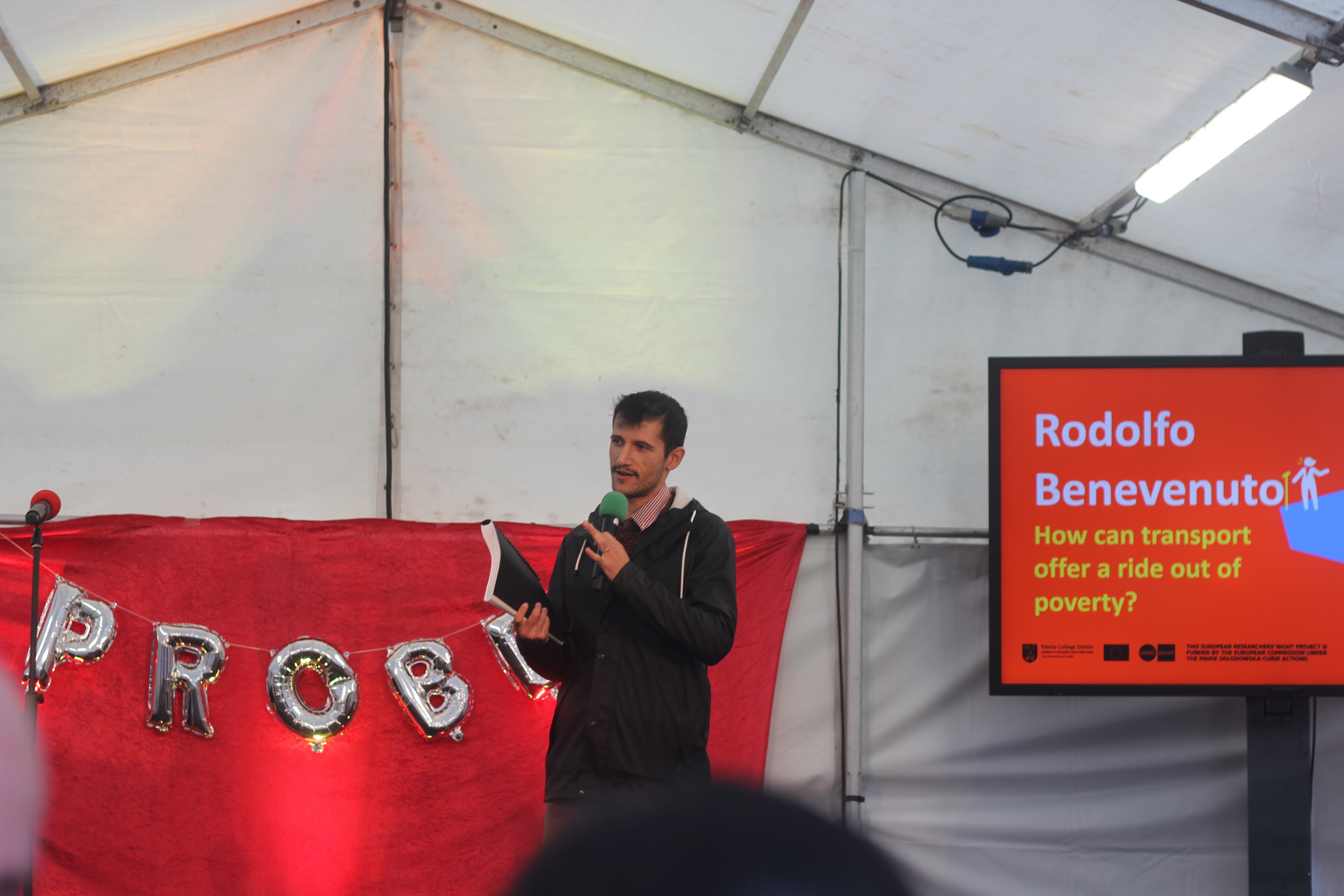 The event attracted visitors, young and old, with varying degrees of scientific knowledge. But how do you explain the concept of pulsar stars to a small child? Naturally, with styrofoam spheres and vibrantly coloured pipe cleaners, as demonstrated by the researchers manning the I-LOFAR radio telescope stand. They explained to an eager eyed child, just a head taller than the table before him, that the coloured strands represented light being emitted from the star. The pipe cleaner bands showed the looped shape of the magnetic field surrounding the star. In one spectacular motion, the demonstrator twirled the ‘pulsar’ in her hand towards the captivated audience of one. As it turns, the light goes in and out of sight and we detect the pulsars flashing, she elaborates. “How fast does it turn?”  A thousand times a second! Whether he can fathom the speed of this, he certainly seems in awe at this answer. 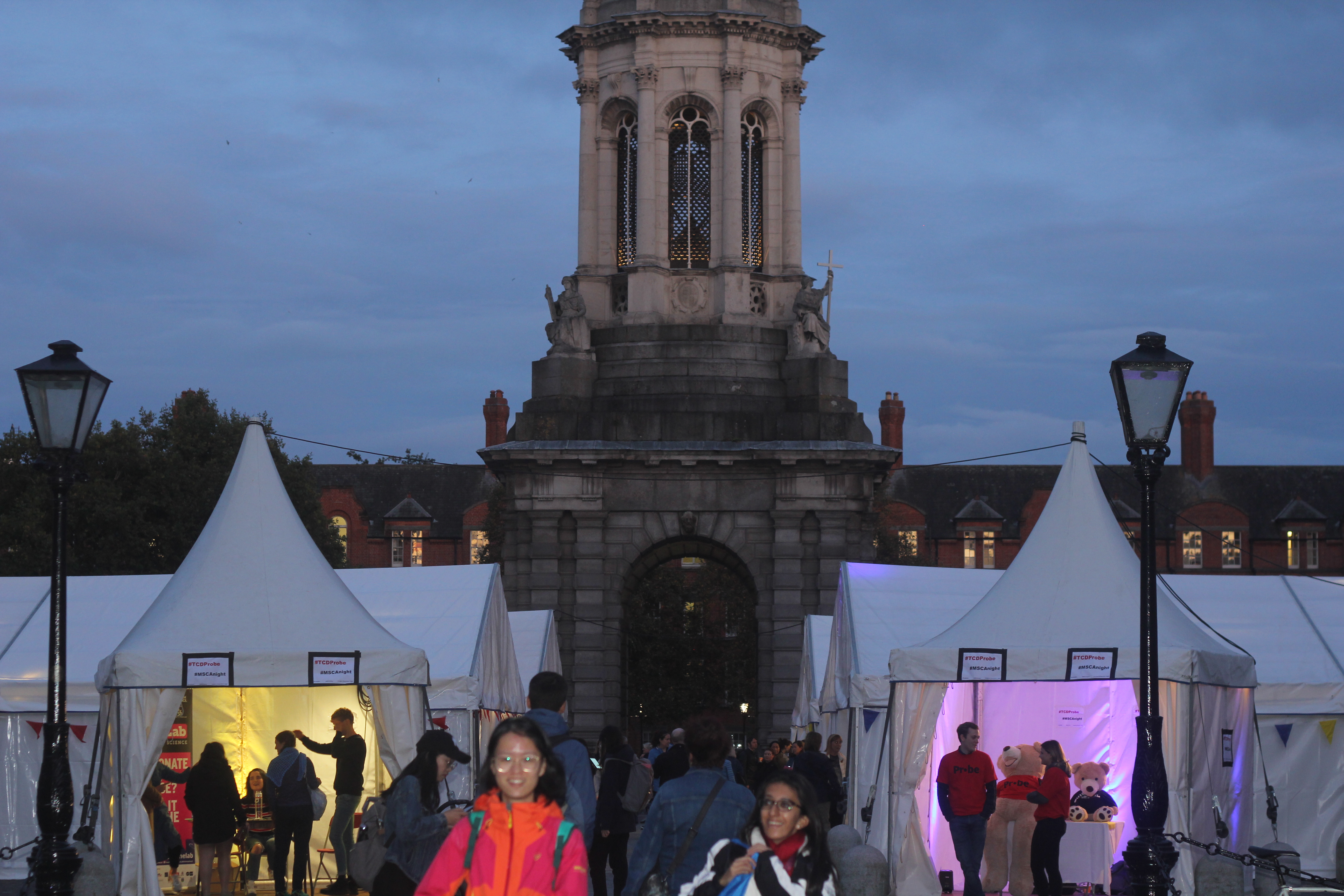 And surely that is what science is about. That child-like wonder at what makes up the universe around us, the hows, whys, and what-ifs. It is clear as you look around the tent of PROBE 2019 that the researchers have held onto that wonder. They switch effortlessly between building flashing LED circuits with younger participants to discussing intricate nanostructures with their peers. The event allows researchers to pass on their spark of curiosity to the next generation and ensure that for many years to come, scientific research will be at the forefront in Irish society. Events that took place over the course of the evening included tours of the WHS Monck Observatory on the Trinity campus and a star spotting experiment that allowed the general public to monitor light pollution in their area. 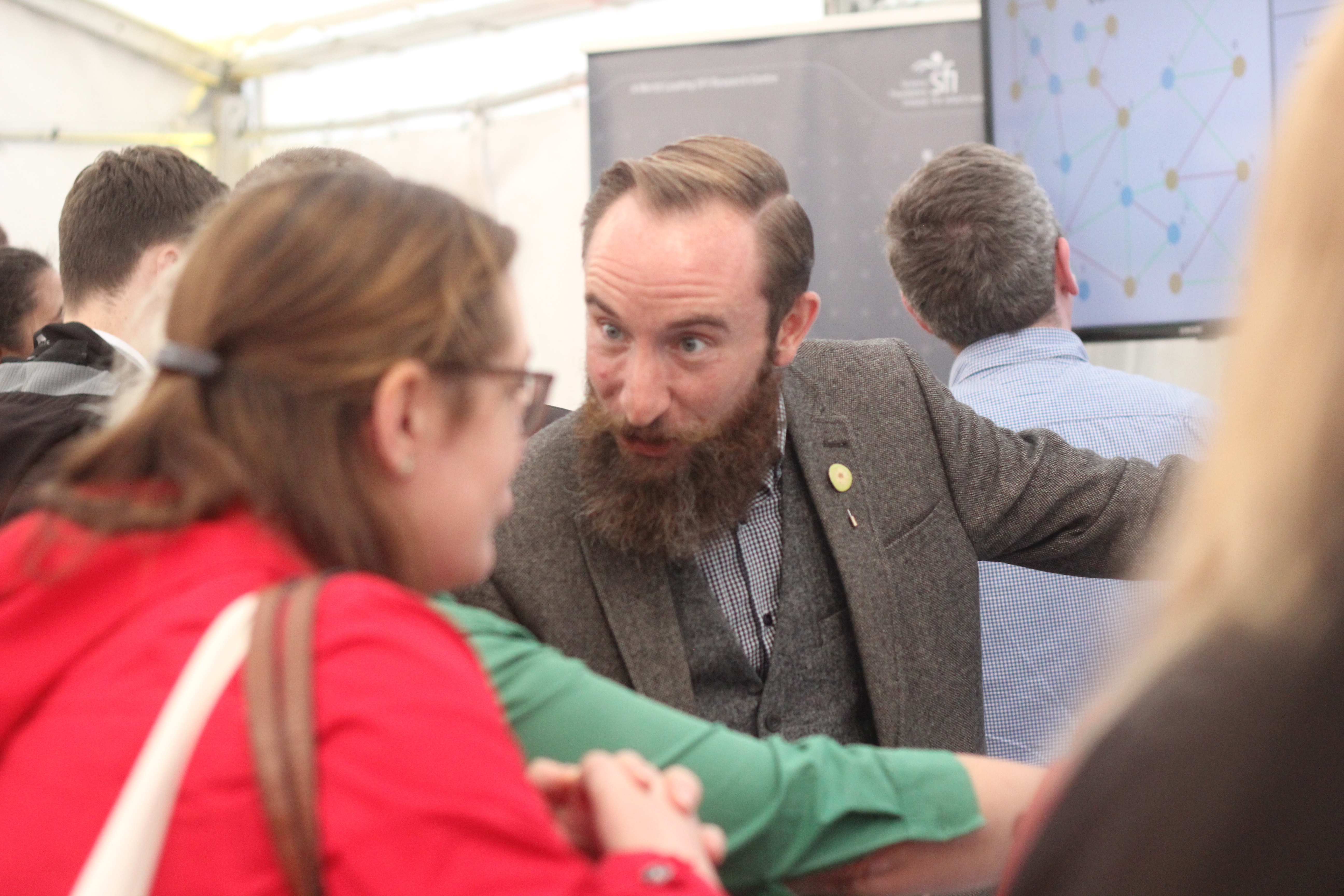 This is research that matters; the work many of us are unaware of, happening on our campus, is really changing lives. Trinity graduate Matt McCann and CEO of Access Earth informed visitors about his app that allows users to carry out “citizen science” and input information on various locations so that people can assess its accessibility before they set out on a visit. A speaker from the Science Gallery discussed how they had brought together researchers, young people and policy makers to discuss solutions to mental health issues faced by young people. The festival also contained a thought provoking visual piece from the CONTEXT research consortium, which studies the field of psychotraumatology particularly in asylum seekers, refugees, humanitarian workers and survivors of childhood violence. This featured artwork from Spirasi Hichem, an artist who used the medium of paint to document her personal trauma and experience of living in Direct Provision in Ireland. The emotive artwork not only showed the crossover between the arts and sciences, but also the human element behind research statistics and the importance of recognising the people behind the figures.

The key message of the evening was that science really is for the masses, that scientific research really does go beyond the traditional lab setting, and that a vibrant group of passionate researchers is thriving within our college community.

Researchers at the Trinity College Global Brain Health Institute (GBHI) have launched a smartphone app to carry out varied research...

Trinity researchers from the School of Physics and the School of Engineering have been granted funding to further develop innovative...

A survey led by Trinity researchers from the Discipline of Physiotherapy, Drs. Cuisle Forde and Emer Barrett, has found that almost 50% of...

Urban greening in the fight against the biodiversity crisis

Trinity recently held a public vote on a plan to plant wildflowers on the grass area at College Green next to the front arch. The vote came...