In the heat of the summer while we plan our trips away and pack our bags, there are decisions that need to be made about what books to take with us. As we near the end of pride month, several Trinity students have reviewed some of the best LGBTQ+ books out at the moment. From discovering love to experiencing loss (no spoilers here!), these novels explore the dynamics in a variety of queer relationships. Through these books, readers are offered a unique insight into love, life, heartbreak and sex in the lives of a variety of LGBTQ+ characters.

The Song of Achilles by Madeline Miller 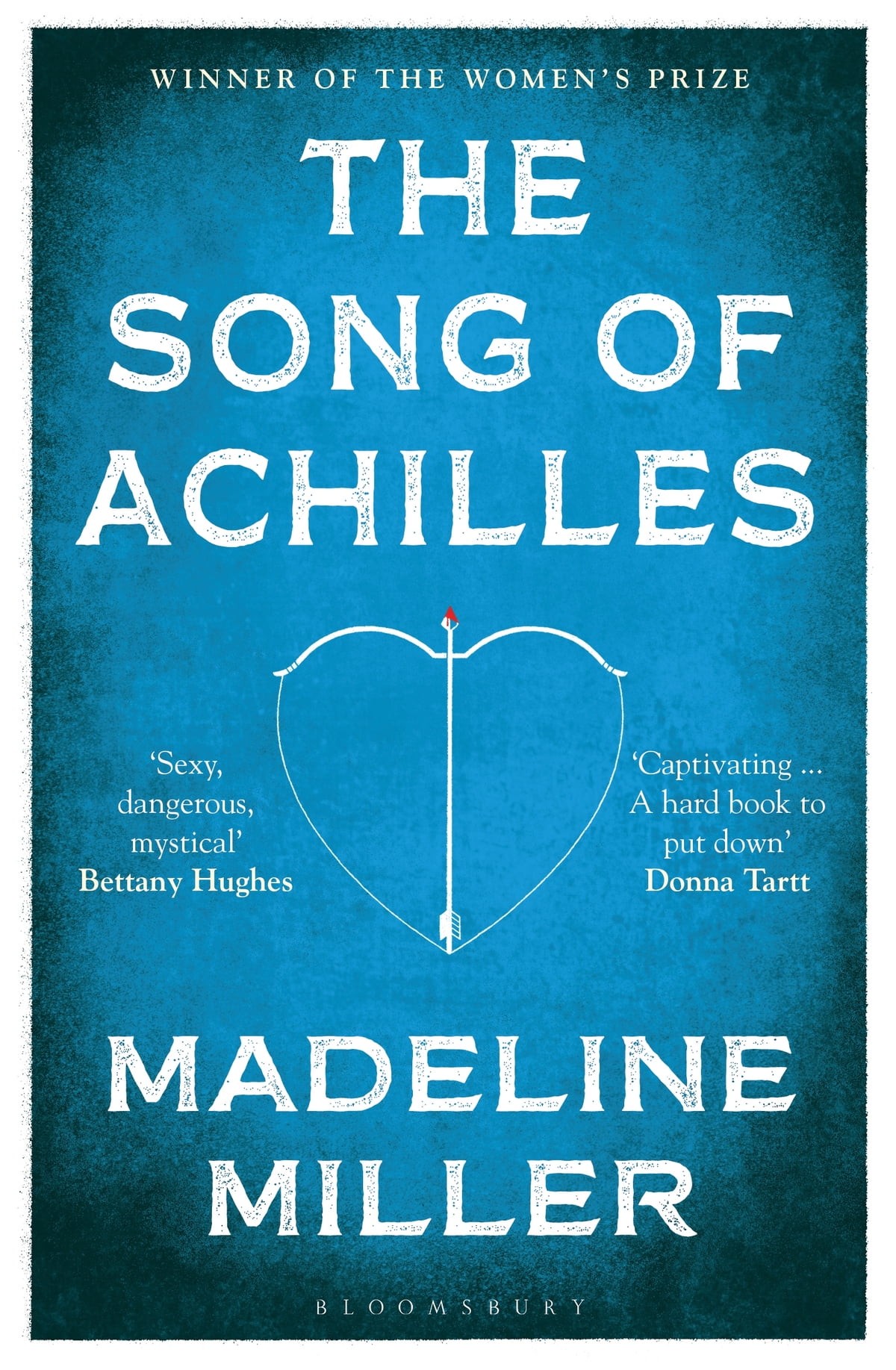 It is well-known that the Ancient Greeks were open-minded in their exploration of sex and sexuality. In fact, the word lesbian derives from the island of Lesbos where LGBT icon Sappho came from.  If you know a thing or two about ancient history, you may already know the end before you even begin this book. A modern rewrite of the ancient story in a way that doesn’t require a study guide to understand, Madeline Miller takes the reader on the heart-wrenching journey alongside hero Achilles and his lover Patroclus.

They discover their sexuality and explore what it means to be liberated in who you love.

Scholars for years have debated many things about the Iliad, but the main point of discussion has Achilles and Patroclus at the heart of it. The arguments are vivid and vast, and Miller has brought together what so many historians and history lovers alike believe through her work. Reading between the lines, she voices the love story that generations have been waiting to hear. Following them from when they were young boys, the reader witnesses the pair fall in love in a way that makes your inner 15-year-old reminisce. They discover their sexuality and explore what it means to be liberated in who you love.

In the midst of a life engulfed in war, fighting and glory, Miller shows the power of love and the lengths one will go to follow their heart. Love is portrayed as being a force stronger than the armies and fleets; a force strong enough to turn the hardest, toughest, biggest warriors into a pile of melted body mass at the feet of the one they love.

The Seven Husbands of Evelyn Hugo by Taylor Jenkins Reid 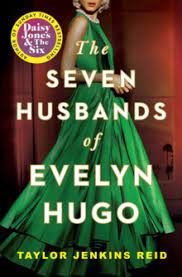 Set in the modern-day, the novel retells the story of the Hollywood star Evelyn Hugo and her many marriages. A discovery of bisexuality in an era of judgement and discrimination, Evelyn loves and loses more times than you would like to imagine. We are offered the perspective of LGBTQ+ love and romance through the eyes of a bisexual woman.

A story of forbidden love in its many different forms, we see the lengths people are willing to go for those that their heart desires. Homosexuality at this time was demonised, and we see the battle of the ever-lovable Evelyn as she discovers her love in the form of a woman. Pride and status take over her vision as she hides who she really is, but on the way learns a lesson or two on love and the freedom that comes with being true to yourself.

Although fictional, it provides an accurate contrast of what life was like then for members of the LGBTQ+ community. Riddled with homophobia, the society at the time was unaccepting, judgemental and cruel. Although we do not live in an age where things are perfect — all you have to do is look around you at the recent attacks, the looming prejudice and the lack of rights — this novel still helps to highlight how far things have come and changed from the times of hiding and secrets. We can look back on how far LGBTQ+ rights have come as we see the danger of love that was so present in the mid-20th century.

When reading this you begin to think of all the lovers in the past who — like Evelyn and Harry — had to keep their love a secret, whether to hide out of fear, embarrassment or guilt.

Yes, things are not perfect, but we have progressed immensely over the years. We’re in an era of liberation and open arms and pride flags being hung high and proud. When reading this you begin to think of all the lovers in the past who — like Evelyn and Harry — had to keep their love a secret, whether to hide out of fear, embarrassment or guilt. Love and liberation are key themes in this book, but it is not free of pain.

The Argonauts by Maggie Nelson 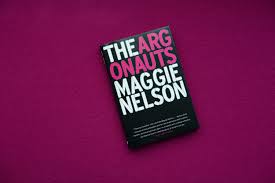 Maggie Nelson’s memoir, The Argonauts, explores Nelson and her partner Harry Dodge’s experiences with gender fluidity, sexuality and motherhood. The memoir-style forces the reader to intrude on intimate moments in the author and narrator’s life; with the novel opening with a passage about being “f****d in the ass” by Dodge, the reader is introduced quite early to the proudly open and honest telling of Nelson’s life. Nelson doesn’t shy from comprehensive accounts of sexual desires, sex itself and birthing her child.

“Some people find pleasure in aligning themselves with an identity … But there can also be a horror in doing so, not to mention an impossibility.”

Heavily influenced by critical theory and gender-study experts, the central story of Nelson and her partner’s love story and life is interrupted by small passages of popular intellectuals such as Roland Barthes and Susan Sontag. Nelson mentions in a part of the book that her partner, Harry, once mentions to her that she has never written about him, to which she responded “not yet”.

While this book is as much about feminism, motherhood and gender as it is about Harry Dodge, at the heart of the story is a really intimate insight into the love shared between Dodge and Nelson and what this means for both of their sexualities and identities. This is not just an insight into the dynamics of their life, but an insight into many tribulations of today’s society, the meaning and power of words, the constrictions of self-expression, what it means to be queer and how one can go through life without being lumped into a box or definition or piled in with all conforming areas of society. Through the retelling of meeting, falling in love and going through life with Dodge, Nelson engages with critical musings and the less romantic parts of life such as suffering, sickness and death.

The most important message from the book can be taken from this quote:

“How does one get across the fact that the best way to find out how people feel about their gender or their sexuality — or anything else, really — is to listen to what they tell you, and to try to treat them accordingly, without shellacking over their version of reality with yours?” 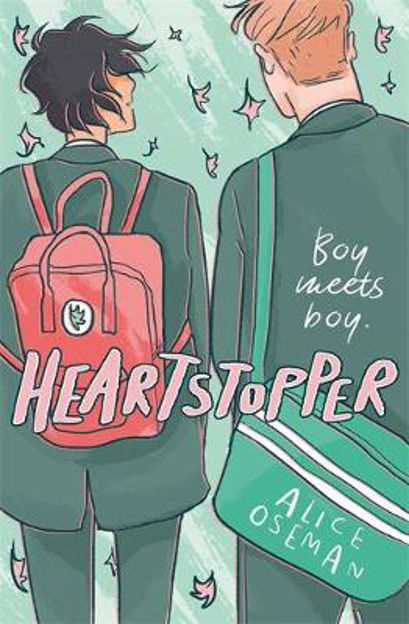 Alice Oseman’s Heartstopper series, consisting of four volumes so far, is a series of graphic novels telling the love story between British teenagers Charlie Spring and Nick Nelson. Throughout the four novels, we follow the two as they experience their first tastes of love — from first crush to first fight to everything else that comes with being in queer relationships as young people today.

Oseman’s pacing is fantastic, with the most important moments filling pages and pages of the book, despite lasting seconds, as to perfectly replicate every ounce of emotion accompanying them.

Oseman, who has also written several novels, truly makes use of the graphic novel to effortlessly convey every detail of finding your first love. Oseman’s pacing is fantastic, with the most important moments filling pages and pages of the book, despite lasting seconds, as to perfectly replicate every ounce of emotion accompanying them. The series, though full of moments that would melt even the coldest of hearts, deals with issues of mental illness in similar detail, with mental illness being the primary focus of the latest novel. As a reader, this appears seemingly out of nowhere; however, it provides an honest account of the impact of mental illness on all parties when a person is unwell.

Though the recent Netflix adaptation of the series shines a light on the many characters mentioned in the book, this series is almost entirely about the love of Nick and Charlie, with insights into other characters being provided through “mini-comics” at the end of volumes 2-4. However, as a reader, we only gain further love for the two leads, resulting in a series that will make you have you gushing and not-so-patiently waiting for more Heartstopper.

More from Trinity Life: Round-up: A guide to Pride in the city

My first-hand experience with transgender healthcare in Ireland

There are many issues with the Irish healthcare system which each contend for public attention, such as the need for secular free...

Round-up: A guide to Pride in the city

As we swiftly approach the halfway point of 2022, the month of June is dedicated to celebrating pride. The capital hasn't seen the streets...

Generational voices in It Is Good We Are Dreaming

It Is Good We Are Dreaming had me in a trance. Between the sadness and the madness that permeate the play, it was also very relatable. The...

Re-Joyce in Dublin this Bloomsday

This year marks the centenary of the first edition of Ulysses, and the Bloomsday Festival is back and bigger than ever. Named after the...

On June 1, four plays written by Ukrainians during the current war will be read in the Samuel Beckett Theatre in Trinity. Organised by...