Identity expression through art can be incredibly therapeutic and validating. Third-year Drama and Theatre Studies student and poet, Niamh O’Farrell-Tyler, agrees with this sentiment, explaining, “Poetry allowed me to express emotions that as a kid I simply wasn’t able to vocalise and now, even at the big age of 20, I still find it hard to process things in a way that’s understandable in a literal sense.” While discussing the effects of their identity on their craft Niamh emphasised the connection between the two: “my identity is the single biggest influence for my poetry because it’s had such an impact on how I experience the world and how the world experiences me right back – so many of the events in my life, the encounters I’ve had, and the things I’ve done would either not have happened or would have happened very differently if it wasn’t for my identity.” 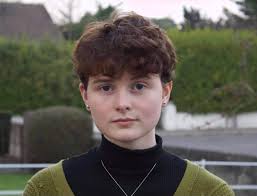 Niamh describes themselves as a “gender non-conforming lesbian, who writes a lot of poetry and sometimes foists it onto others.” When asked about how welcoming they thought Trinity is towards LGBTQ+ people, Niamh admitted that if you’re not in the “bubble” of the community and involved in society life, it can be a lonely place. “The general administration of the college in regards to LGBTQ+ wellbeing – e.g. removal of deadnames from records, use of correct pronouns by lecturers – has a long way to go, and they seem reluctant to admit it.” Their advice to college administrators is simple yet effective: “Make the process of changing a name on the register easier, run campus-wide training for lecturers on LGBTQ+ safety and wellbeing and implement modules about LGBTQ+ history.” 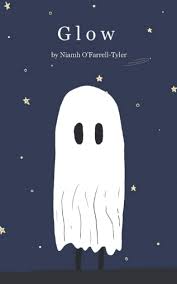 You can find Niamh’s debut book of poetry, Glow, on Amazon.

Dublin isn’t always a safe haven – a fact Aiesha Wong, a third-year freelance graphic designer studying Law and Politics – acknowledges in her interview. Although Ireland has broken free of its religious shackles, Aiesha believes the capital has a long while to go before it is truly accepting of everyone. “ I grew up in an area where homophobia was honestly rampant, and while I believe that could be the product of a lack of education and heightened unaddressed social issues, I still feel like Dublin has a lot more it can do to be accepting of the LGBTQ community.”

“I view art as a medium through which I can sort out my own internal disputes and figure myself out more, while also making something others can enjoy and look at at the same time.” 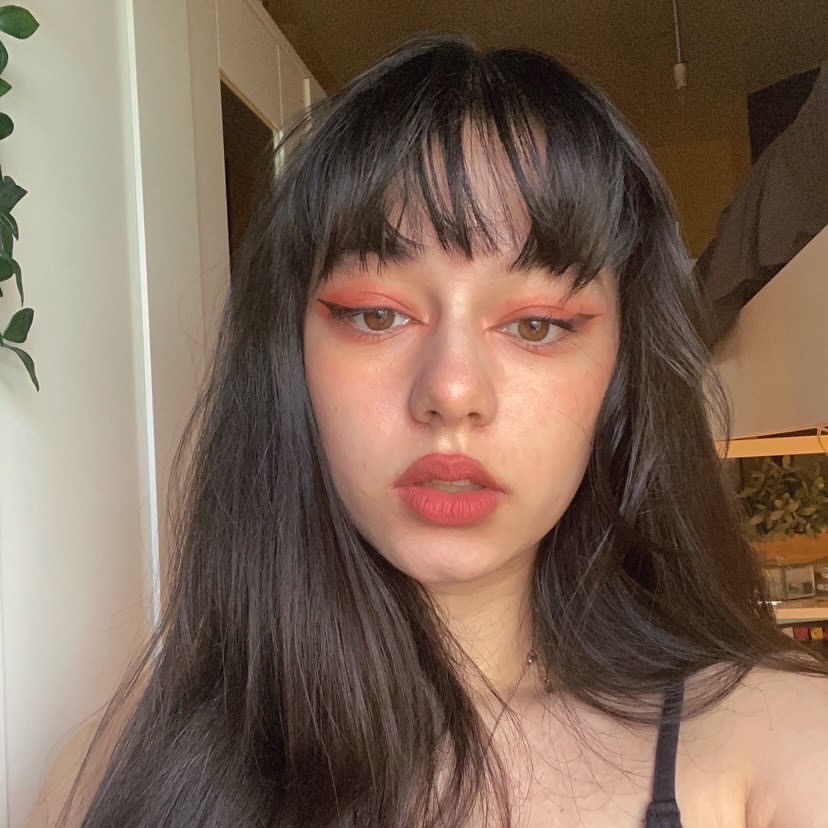 Aiesha explains how her identity often feels divided into two and that conflict manifests itself into her work. “I’m biracial and bisexual, so for me, there’s a lot of overlap between sexual orientation and identity. I view art as a medium through which I can sort out my own internal disputes and figure myself out more, while also making something others can enjoy and look at at the same time.” In terms of how her identity affects her work ethic, Aiesha notes how she tries to take on work or creative projects that involve people from minority and LGBTQ+ groups because that’s where she finds most of her inspiration. 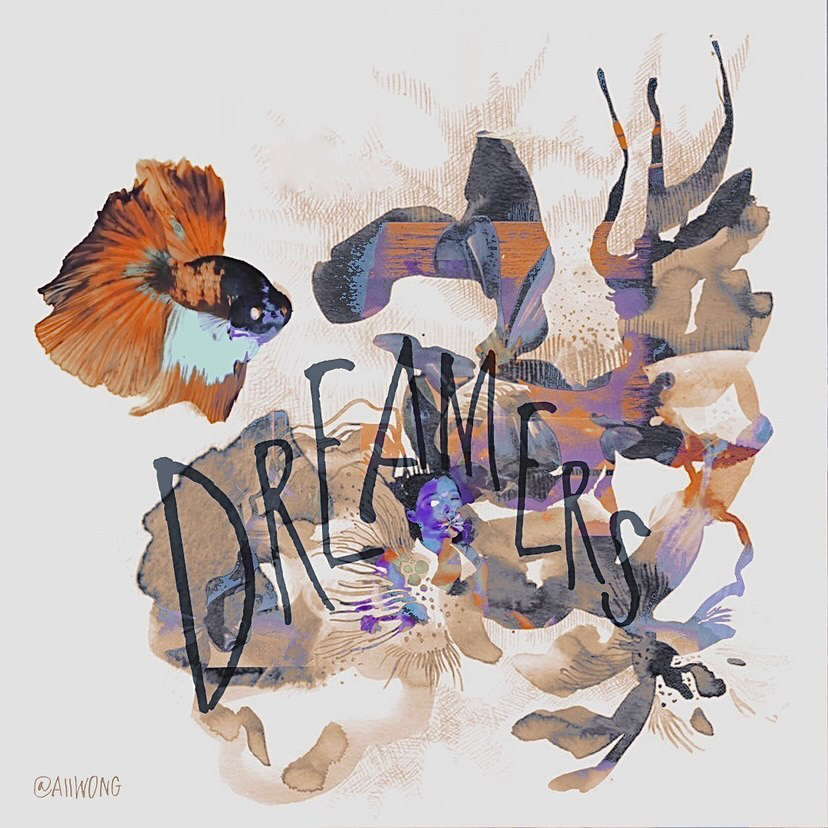 When asked what Pride means to her, Aiesha describes it as a grounding force, “Pride to me is about claiming your own identity for yourself, it’s about self-love and validating who you are. Whether you’re celebrating out in the open or are still closeted, Pride is about being there for the community and reminding the world that we all deserve to be loved, and there’s nothing wrong with that, as cheesy as that may sound.”

It’s often said that if you’re part of the LGBTQ+ community, your life doesn’t start until you reach your early twenties. When asked what advice they would give to their first-year self, non-binary bisexual Engineering student and musician, Oisin Fullam-Smith, had only one thing in mind; “I spent way too much time and energy worrying about how I would come across and how other people would think of me that I allowed it to stifle who I was for years, and I have only just started to come out of my shell and be the person I always dreamt of being.”

“I came to college to try to start over and escape toxic ideas of masculinity that were dragging me down mentally, and I have had every year in college derailed by poor mental health.” 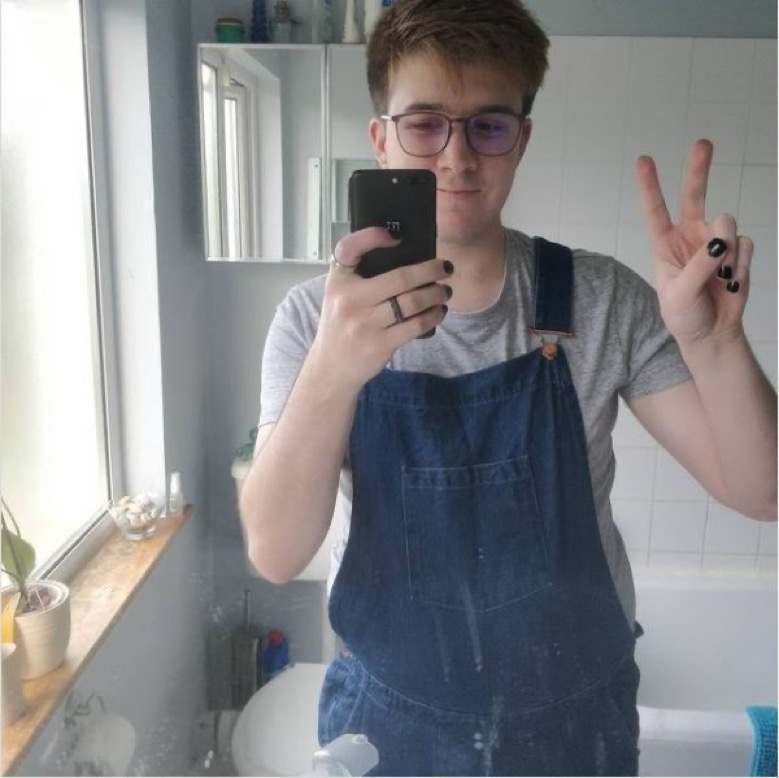 In order to improve LGBTQ+ students’ experiences in college, Oisin underlines the necessity for adequate mental health services, citing their personal experiences: “I think one of the biggest things Trinity could do for all students, but especially LGBTQ+ students, is to increase the budget of the counselling services. I know far, far too many queer people who are struggling with their mental health, including myself, and the pandemic has only made that problem worse. Speaking from personal experience, I came to college to try to start over and escape toxic ideas of masculinity which were dragging me down mentally, and I have had every year in college derailed by poor mental health.”

When asked how their music relates to their identity, Oisin highlights the escapism and power associated with their craft “One of the best things for me about performing live is how powerful I feel. It really helps me to get over self-esteem issues that I have had throughout my life and act as a massive middle finger to my doubters. When I’m on stage it really becomes a proclamation of ‘I’m here, I’m queer, what are you gonna do about it.’ I know that comes off as me having a chip on my shoulder, and it’s right because I do. My mum struggled to accept me for who I am, and it still is a little bit of a taboo conversation in the house, so I channel all of who I am into my performances because it feels like home to me because I love performing.”

Pride month is typically a time for celebration, but it can also be a time to reflect. According to Catherine Forristal, a third year Law and French student and owner of Wonky Trinkets, it’s a month where people should time out to recognise the work done by past generations of the LGBTQ+ community. “I think that Pride month is a great time to reflect on the progress and sacrifices that the LGBTQ+ community has made throughout history, celebrate those who have come before us and try as much as possible to support LGBTQ+ youth.”

“None of my pieces are perfect, none of them are the same and I guess that ties in with my philosophy about my own identity. As I’ve become more comfortable with being queer, I’ve also become less concerned about how people perceive me and my art.” 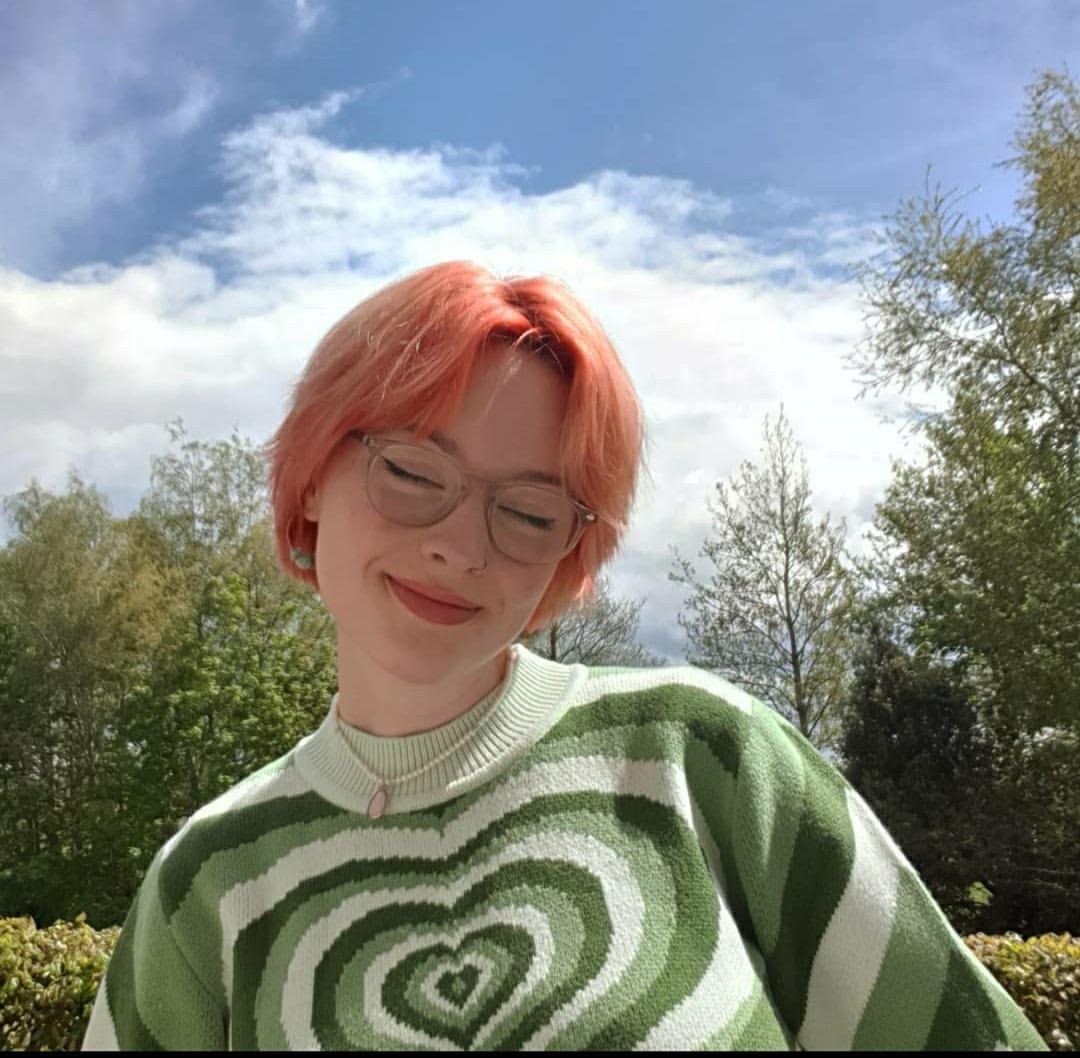 Catherine uses they/them pronouns and through their business, they were able to find a perfect harmony between emotional and queer expression. “This year, I launched my small business called Wonky Trinkets. Originally it was just a way for me to have a creative outlet in first-year, but before I knew it my room in Halls was overflowing with trinket dishes and I eventually realised I could sell some of them.” The name “Wonky Trinkets” derives from Catherine’s journey of acceptance, they explain: “I’ve always loved art and creating things but shied away from it because I felt like nothing I created was good enough or interesting enough. None of my pieces are perfect, none of them are the same and I guess that ties in with my philosophy about my own identity. As I’ve become more comfortable with being queer, I’ve also become less concerned about how people perceive me and my art.”

When asked if they have changed since their first year in college and what advice they would give to first years now, Catherine reminisces on how they didn’t know they were non-binary or what their sexuality was; “I was adamantly denying my sexuality. It’s very easy to say to people, “don’t worry what others think!” – but it’s true, I did worry. I spent a lot of my first year in college feeling small and intimidated by people I felt were so much cooler and smarter than me. While they were in fact, cooler and smarter than me, I should have also been able to see that I was those things too. I let my anxiety stop me from doing so many things – which I’ve improved on now by creating things I love.” 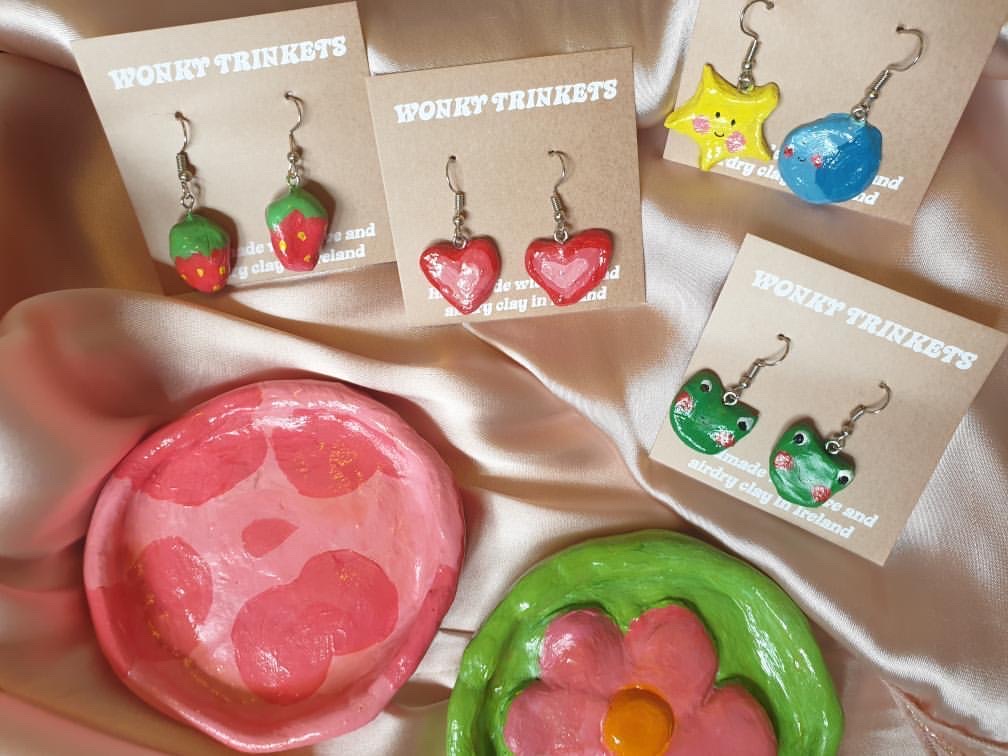 You can find Catherine’s shop on Instagram and Etsy (@wonkytrinkets) as well as on their website www.wonkytrinkets.com

Eva O'Beirne is the Deputy Life Editor of Trinity News and a Junior Sophister History student.

In the heat of the summer while we plan our trips away and pack our bags, there are decisions that need to be made about what books to take...

Generational voices in It Is Good We Are Dreaming

It Is Good We Are Dreaming had me in a trance. Between the sadness and the madness that permeate the play, it was also very relatable. The...

Re-Joyce in Dublin this Bloomsday

This year marks the centenary of the first edition of Ulysses, and the Bloomsday Festival is back and bigger than ever. Named after the...

On June 1, four plays written by Ukrainians during the current war will be read in the Samuel Beckett Theatre in Trinity. Organised by...

Exploring Ireland’s place in the Black Atlantic at EPIC

Ireland, unique among western European countries as a former colony rather than coloniser, has often preferred to view itself as exempt...