As the academic year begins again, we look back on the best meals we had this summer

As the exams end in April, a sense of excitement fills the heart of the typical stressed college student, who can finally empty their backpack of books and old Fulfil bar wrappers to leave space for sunglasses, swimsuits and cameras. Travelling is a rite of passage for students and it comes with many perks, such as visiting new places, meeting new people, coming in contact with different cultures and, last, but certainly not least, enjoying foreign cuisine. As summer comes to an end, it seems only fair to share a compilation of our most  memorable holiday meals. You might want to add them to your list of dishes to try next summer or get the oven mitts out and make a misguided attempt yourself!

As I made my way around the crowded streets of Barcelona during the summer, I was absolutely enthralled by the vibrant atmosphere of the restaurants in the city (and of course the beautiful smell coming from their kitchens!). This delicious Spanish dish, which you can find in practically every restaurant in Barcelona, is as simple as it is tasty. Its few ingredients combine to produce Patatas Bravas’ unpretentious signature flavour. It is made of potatoes, cut asymmetrically and then fried, giving it a soft and crusty consistency. The warm potatoes are then spiced with simple and flavourful sauces, such as tomato sauce and mayonnaise, which are usually mixed and spread all over the golden crusts. Finally, a garnish of savoury herbs tops off the dish. I would particularly recommend it to the indecisive restaurant-goer and anyone looking for immersion in Barcelona’s local culture. 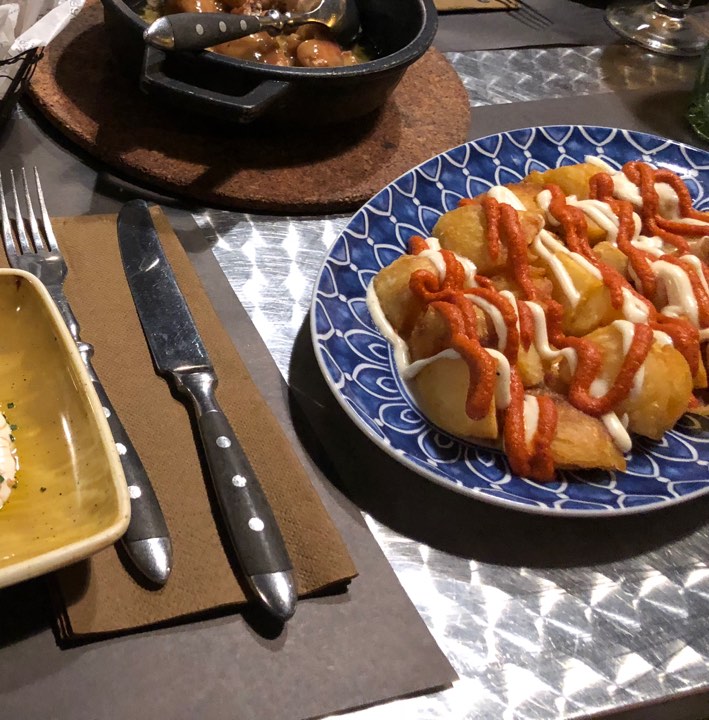 Ravioli with cream cheese and truffle

Not only is Paris known for being romantic and aesthetically pleasing, but it really has it all when it comes to superb cuisine as well. This dish, offered by a restaurant located on an inconspicuous little side street, a serendipitous find during a Parisian rainy day, provided a sample of what heaven tastes like. The ravioli were drowned in a thick creamy sauce made from various French cheeses, with a strong hint of Parmesan coming through. On top of that, a sprinkling of truffle added depth of flavour to this dish. Of course, this being Paris, the ingredients were exceptionally well combined. I would highly recommend it to anyone and everyone. 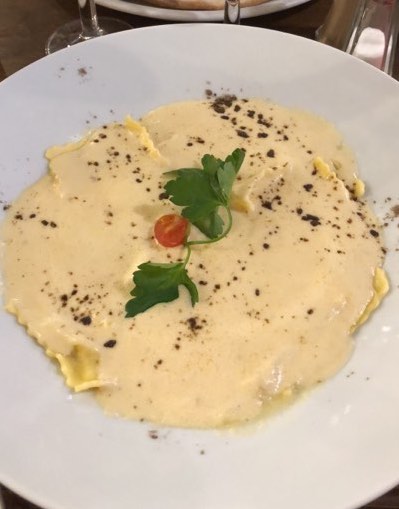 This may be slightly biased, coming from a Sicilian person, but cannoli simply have to be on a list of unmissable holiday dishes. These sweet pastries are one of Sicily’s best-loved delicacies, and a trademark of traditional Italian cuisine. They are made of tube-shaped fried pastry dough, which is pierced on both sides. These crispy pastries are then filled with ricotta (sheep’s cheese mixed with sugar), and topped by candied fruit and grains of chocolate. The result is a perfect combination of crunchy dough and soft cream; the cream sweetening and harmonizing the pastry with its light taste. Whether devouring cannoli as a treat after a meal or as a decadent lunch, you will not be disappointed – especially if you have the sense to order a strong espresso alongside these heavenly pastries. 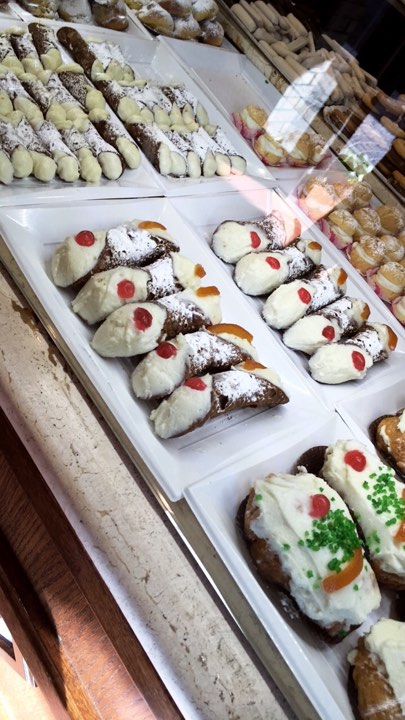 From Italy to France, this holiday meal is particularly special to me. I chose to spend this summer working at a family campsite in France, where the height of class in terms of food is a Bami (or as we Irish know it, a deep fried chunk of koka noodles). Needless to say, I was missing out on a taste of real French cuisine. However, one night, in a tiny town in south east France, I ended up at a sleepy pizzeria (so sleepy, it only opens three days a week), with a surprising and refreshing menu. Far from traditional, it featured pizza mexicaine, basically a burrito on a pizza, and a ravioli topped white pizza. After careful inspection, I decided there was only one option – the pizza escargot, a twist on a very French tradition. This concoction was topped with melt-in-the-mouth escargots, red onions and mushrooms. The subtle choice of vegetables allowed the flavour of the escargot to take centre stage. Fortunately, the garlic was not overpowering, just enough to complement the dish. All in all, it was a very memorable meal. Domino’s – take note.

As a woman whose idea of a thrilling meal consists of takeaway pizza with some Oreos on the side, it was certainly a shock to find myself queuing outside of the glitzy Parisian restaurant Bouillon Chartier this summer. At first I was sceptical, because I assumed that a restaurant with such decadent furnishings must be terribly overpriced. Yet, once my partner and I were ushered inside, I realised how wrong I was. Rapidly, our orders were taken and written on our tablecloth, as is the custom in this particular restaurant. After a lengthy struggle with google translate, my overjoyed partner announced that he had found a steak that cost under €10, which he subsequently ordered, while in true French fashion, I opted for spaghetti bolognese. When our food arrived, I was presented with the most delicious pasta dish that I have ever had the pleasure of eating. I immediately smothered it in tangy French cheese and devoured it greedily. My partner, however, was not so lucky. As we all learned during the Leaving Cert, google translate will inevitably ruin your life, and his “steak” turned out to be a bizarre dish comprising of pieces of chopped burger. Thankfully, he was able to drown his sorrows with the two bottles of wine that we had accidentally ordered, and I cheerfully kept him company in his endeavour.

Alison Traynor is the current Life Editor of Trinity News.

Two years on from his death, Anthony Bourdain’s television and writing still captivates

The late Anthony Bourdain once wrote that there is nothing more political than food: who’s eating, and who’s not eating? In his long...

When I first arrived in Dublin, I was ignorant of the city’s booming Neapolitan pizza scene. It still seems quite random that this is the...

On my first night in Addis Ababa, I found myself sitting in a suburban apartment across from the yoga instructor I had met that afternoon....

Ramen Co offers a refreshing alternative to the usual suspects

Ramen Co, Dublin’s latest ramen bar, opened just over a month ago to positive reviews. Renge in hand, I headed there with high hopes and...

Helping your local restaurants in quarantine

‘Small businesses are the backbone of our economy.’ Or so the saying goes. You’ll often hear politicians echo this remark, from...